As MyGet is a software-as-a-service leveraging a subscription model, we're transitioning our versioning scheme towards a format that is more understandable: YYYY.R. As such, these release notes comprise our first milestone of 2017, hence the version number 2017.1.

MyGet again adds some new functionality to the service. The following are the major highlights of this milestone.

We've built a MyGet Credential Provider for Visual Studio 2017! This extension allows you to authenticate against your MyGet feeds using OAuth. Install it from the Visual Studio Gallery! 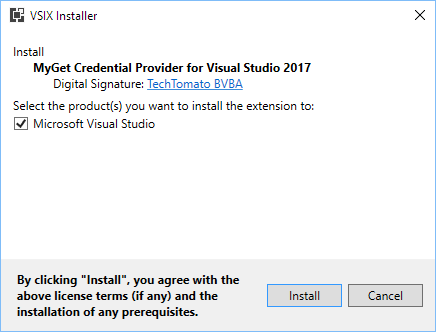 We've built a web utility to help you learn and adopt Semantic Versioning: check out our MyGet SemVer Explorer!

We've partnered with OSSIndex.net to check for potential package vulnerabilities on your MyGet feeds! (Announcement | Docs) 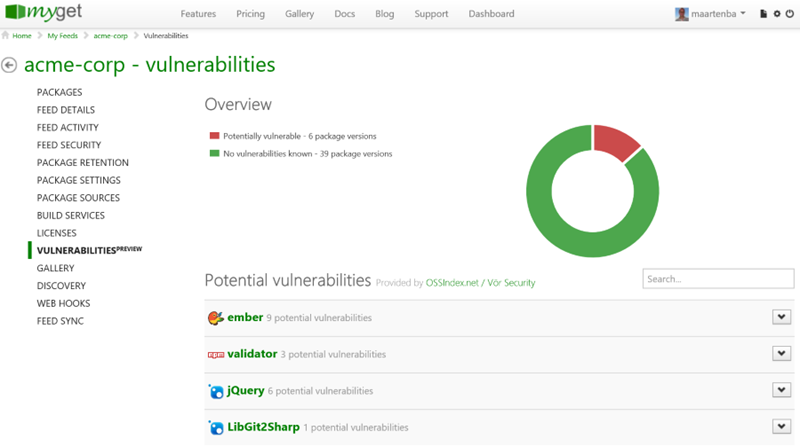 The following applies to all MyGet plans:

The enterprise plan has all functionality from the paid subscription plans, and more! The following applies only to the MyGet Enterprise plan:

Please tell us how we're doing by taking 10 seconds of your time to answer a single question (and optionally provide any feedback you want). We love hearing from you, so keep that feedback coming! MyGet is built for you!