Once access is granted, MyGet will fetch a list of team projects and their builds. MyGet supports all sorts of build definitions, whether a classic XAML-based build or the new VSO “build vNext”. We can pick the team project we’re interested with, select the build definition, and depending on the VSO subscription we can also choose to post a message to a VSO team room whenever packages from a build are added to MyGet. 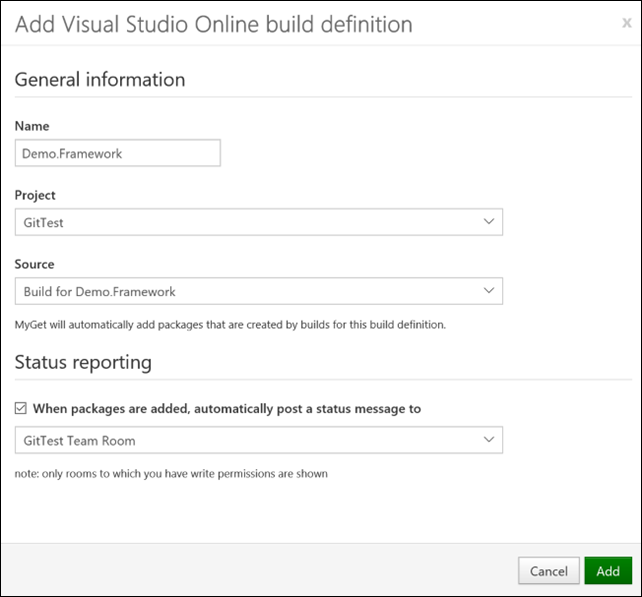 Once we trigger a build in VSO, whether by checking in code or manually, MyGet will automatically add the generated artifacts to the current feed. Of course, we have to make sure our VSO build produces one or more .nupkg (NuGet), .tgz (npm) or .vsix (Vsix) artifacts (the Publish Build Artifacts build step will be needed for this). To run convention-based builds we can always use MyGet Build Services, too.

We're looking forward to hearing your feedback through the comments below. Or tweet us via @MyGetTeam.