Happy 2017! We hope you had some good holidays and are now enjoying the world of NuGet and NPM again. In this episode of MyGet's NuGet and NPM news from the community, we will look at some interesting blog posts and articles found on the Internet, curated by our MyGet founders Xavier and Maarten. Follow @MyGetTeam on Twitter for more! 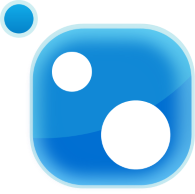 The NuGet team did another update of their documentation. They have now merged with docs.microsoft.com. Makes sense, with NuGet being such a big part of .NET development.

Jereme Evans walks us through How to create a NuGet package, set up CI, and other fancy things. The post describes how to create a project with source code on GitHub, using continuous integration on MyGet, publishing to NuGet.org.

Dropcraft is a new NuGet-based app deployment and composition framework. In short, it allows running a simple command, download and extract a NuGet package. The downloaded package can be an app, or a plugin to an app, and composed at runtime.

Steve Smith shares how to re-install packages - useful to help VS in fixing any NuGet references that may be broken.

The new .NET Core tools will be based on Visual Studio project files, so time to change back from project.json to *.csproj. Nate McMaster blogs on how to migrate project.json to csproj and provides snippets on how to do things like multi-targetting, setting metadata, ... 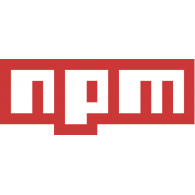 And a fresh npm@4.1.2 landed as well, with package.json symlink support, updated dependencies, and some additional test coverage.

Brett Nelson continues his blog post series on NPM scripts. In Getting Started with NPM Scripts - Delete Things!, he demonstrates adding custom npm commands (scripts) to perform cleanup steps which many people would use Grunt/Gulp/... for. The scripts approach seems much cleaner and straightforward!

In A way to manage nodejs and npm on windows, Dominique St-Amand explains how to update npm on Windows to the latest version in an easy way. Much better than the horror it is to run npm update -g npm!